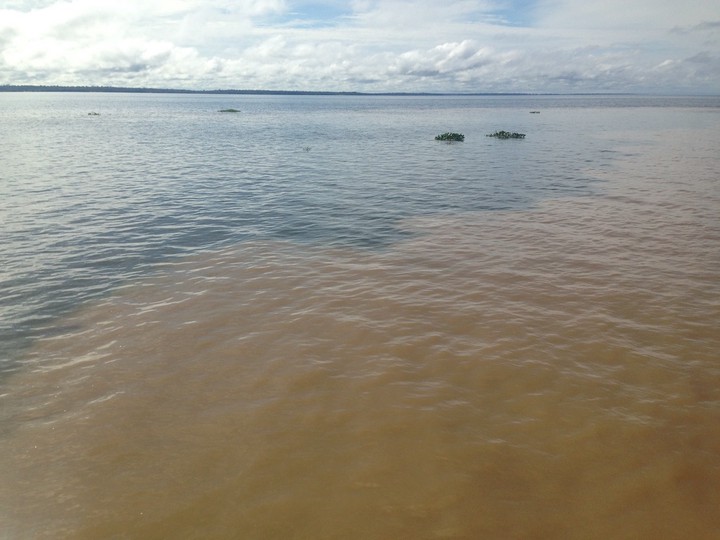 The Belo Monte hydropower complex located in the Xingu River is the largest run-of-the-river (ROR) hydro- electric system in the world and has one of the highest energy production capacities among dams. Its construction received significant media attention due to its potential social and en- vironmental impacts. It is composed of two ROR reservoirs: the Xingu Reservoir (XR) in the Xingu’s main branch and the Intermediate Reservoir (IR), an artificial reservoir fed by waters diverted from the Xingu River with longer water residence time compared to XR. We aimed to evaluate spa- tiotemporal variations in CO2 partial pressure (pCO2) and CO2 fluxes (F CO2 ) during the first 2 years after the Xingu River impoundment under the hypothesis that each reser- voir has contrasting FCO2 and pCO2 as vegetation clear- ing reduces flooded area emissions. Time of the year had a significant influence on pCO2 with the highest average val- ues observed during the high-water season. Spatial hetero- geneity throughout the entire study area was observed for pCO2 during both low- and high-water seasons. FCO2, on the other hand, only showed significant spatial heterogene- ity during the high-water period. F CO2 (0.90 ± 0.47 and 1.08 ± 0.62 μmol m2 d−1 for XR and IR, respectively) and pCO2 (1647 ± 698 and 1676 ± 323 μatm for XR and IR, re- spectively) measured during the high-water season were on the same order of magnitude as previous observations in other Amazonian clearwater rivers unaffected by impound- ment during the same season. In contrast, during the low- water season F CO2 (0.69±0.28 and 7.32±4.07 μmol m2 d−1 for XR and IR, respectively) and pCO2 (839 ± 646 and 1797 ± 354 μatm for XR and IR, respectively) in IR were an order of magnitude higher than literature F CO2 observations in clearwater rivers with naturally flowing waters. When CO2 emissions are compared between reservoirs, IR emissions were 90 % higher than values from the XR during low-water season, reinforcing the clear influence of reservoir charac- teristics on CO2 emissions. Based on our observations in the Belo Monte hydropower complex, CO2 emissions from ROR reservoirs to the atmosphere are in the range of natural Ama- zonian rivers. However, the associated reservoir (IR) may ex- ceed natural river emission rates due to the preimpounding vegetation influence. Since many reservoirs are still planned to be constructed in the Amazon and throughout the world, it is critical to evaluate the implications of reservoir traits on F CO2 over their entire life cycle in order to improve esti- mates of CO2 emissions per kilowatt for hydropower projects planned for tropical rivers.