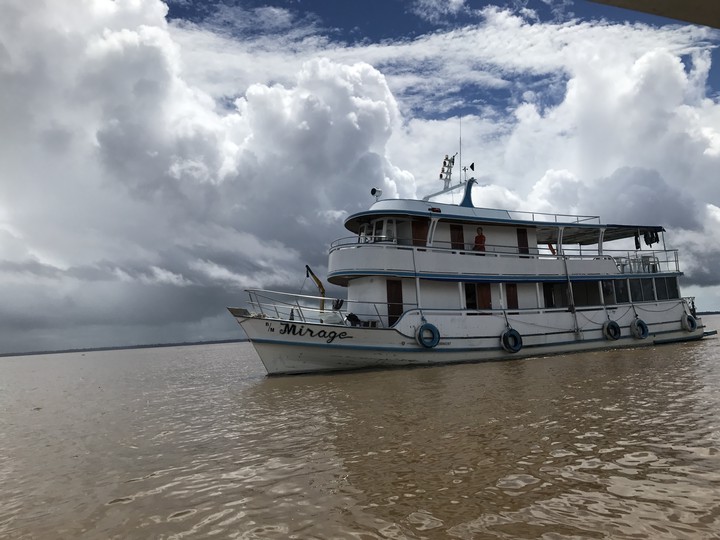 Hydrodynamics characteristics control various biogeochemical processes related to the phenomena of transport of particulate materials, biogeochemical components, and greenhouse emissions; however, the hydrodynamic conditions in the North Channel of the Amazon River Mouth is relatively little understood. The seasonal and tidal variability of hydrodynamic characteristics in the North Channel of the Amazon River Mouth were investigated using an acoustic measurement technique. The measurements of discharge (Q), water velocity (U), and water level (h) were performed during a semidiurnal tidal cycle in a 12 km wide transect during four hydrological seasons. The hydrodynamics are mainly controlled by the river discharge, being directly related to the rain pattern with a well-defined time lapse for the Amazon Basin. The amplitude of the tides, the mean discharge, and the velocity of the natural flow presented during high discharge season were 3 m, 12,423 m3 s–1 and 1.18 m s–1, respectively. The analyses of tidal effects showed a phase opposition between the water level, river discharge, and water velocity; the water velocity was ∼42% higher during the ebb tide with a duration ∼1 hour and 30 minutes longer than the flood phase. The U and h are inversely proportional (R = –0.72, p < 0.01); significant variations in velocity throughout the tidal cycle are associated with the highest values observed at ebb tide, when the velocity and level of the water are significantly influenced by both diurnal and seasonal components. Thus, the results can contribute to the evaluations of more detailed potential interactions of the advective processes, such as mixing and dilution of passive agents of the natural flow, which are very poorly recorded in the existing literature.